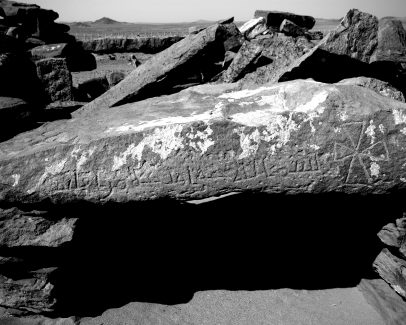 The first observation concerns the script. At first sight, it evokes that was widely used in Bil'ad ash-Sham from the second half of the 7th century onwards. The context and environment of the site evoke Qasr Burquʿ, in Jordan. Our text is written in a style identical to that of Burqu', dated to 81 AH / 700 CE. It is a construction text ordered by Caliph al-Walid five years before his accession to power (705-15). In this text, the basmalah is complete, according to the Muslim formula: bismillah ar-raḥmân ar-raḥîm. The spelling of our inscription would then, by comparison, be prior to the seventh century. The ceramics found at Kilwa, in the excavation and in context, support this dating. The use of Arabic script by a Christian community does not seem surprising, not even the use of the basmalah. The Melkite Christian community had adopted Arabic script in their liturgy and this script eventually became the symbol of identity for this community. Even before this writing became that of the Melkites and the religion of Islam, it was that of the Arab tribes of Syria, since the spelling of this text evokes certain aspects of the inscription of Jabal Sâys, such as the alif and the alif-lâm, the mîm, etc. It should be recalled that the oldest inscriptions in Arabic script known to date are six: an-Namâra (328 CE), Zabad (south of Aleppo, 512 CE), Ḥarrân (538 CE), Jabal Says (528 CE), Umm al-Jimâl (northern Jordan, date uncertain), and Jabal Ramm (southern Jordan, date uncertain). Four were found in Ḥûrân (Syrian-Jordanian basaltic desert): an-Namâra, Ḥarrân, Jabal Sâys and Umm al-Jimâl, three of them in churches: Ḥarrân, Umm al-Jimâl, Zabad. Only one stands out from the rest, that of Jabal Ramm (South Jordan, ive century A.D.). The second observation concerns the content of the inscription. The text mentions the presence of an ḥimat, a reserve intended to collect rainwater and for agriculture. This corresponds perfectly with the architectural elements of the site and the archaeological data highlighted by our project.

In November 1932, George Horsfield, then Director of Transjordan Antiquities, Agnes Horsfield and Nelson Glueck, then Director of the American School of Oriental Research in Jerusalem, carried out a five-day exploration in Kilwa, Saudi Arabia. The authors report the presence of a monastery and a number of crosses. In a first article published in 1933, they give a very brief description of the remains and focus on prehistoric rock engravings. They nevertheless point out the presence, among the remains, of an inscription in Arabic script accompanied by a cross. This inscription was first reported by G. Bell, who passed through Kilwa on his way to Ḥâ'il. In 1936, N. Glueck published a study of the archaeological remains of Kilwa and the plans of the buildings to the south of the site. In it he gives a reading of the inscription, studied by L. A. Mayer of the Hebrew University. L. A. Mayer only manages to read the basmalah and advances the reading of three other words, but they are all wrong. He proposes to date the text to the end of the first millennium after the Christian era. Nine years later, in 1943, Horsfield published a fuller article in which she gave more details about this inscription, after consultation with the Dominican Father Savignac, for whom the spelling would also be from the end of the first millennium. Since 2008, we have taken over the work of our predecessors: we have begun excavations and archaeological and epigraphic surveys in an area 40 km in diameter. At the time of our first visit in 2005, the inscription remained intact, in very good condition, not at all deteriorated since the English team visited. The inscription is engraved on the lintel of the door of a cell, which bears the number 63 in our inventory. The lintel is 1.20 m long and 0.30 m high. On the right-hand side there is a cross with arms in the shape of a triangle. On the left is the inscription. It is engraved on a prepared surface, tool marks are visible, forming a kind of cartouche. The text has resisted reading for a very long time, probably because the various attempts had only a photograph as an iconographic support, making it difficult to read it without having seen the text in situ, due to the tool marks on the stone, which can be confusing. 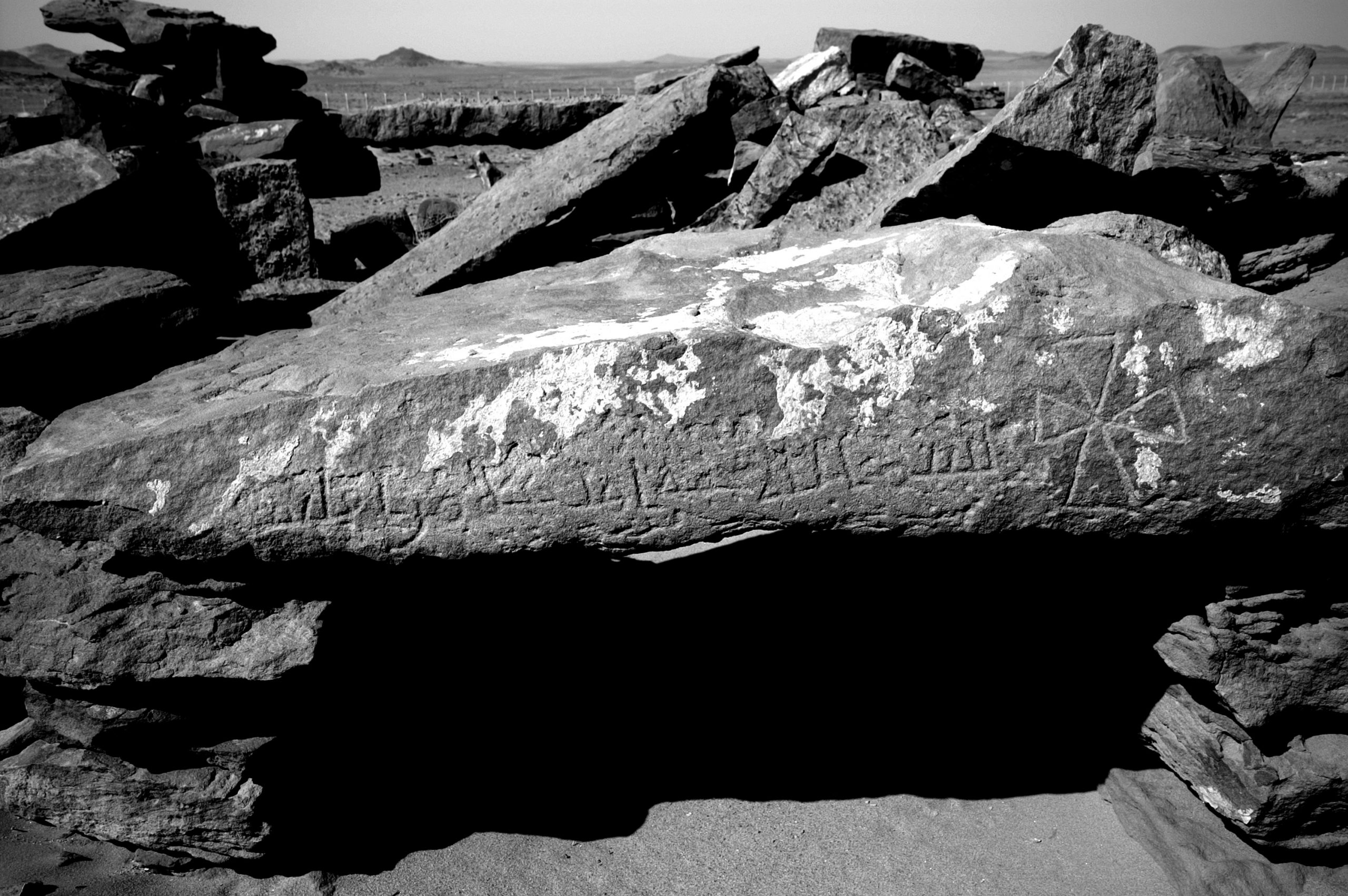 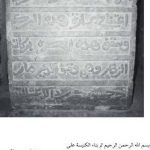 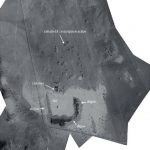