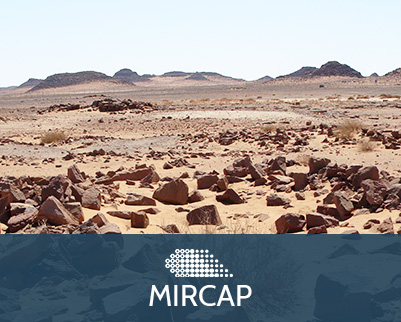 Structure ST 54 is located in Zone G of Kilwa site 1. It consists of the religious place of the site, which is located in the middle of the monks' individual cells. Partially excavated in 2010 and 2013, structure 54 forms three ensembles: - in the centre, a church with a single rectangular nave opening onto a semicircular apse to the east (EA 1 to 5). A doorway leads into the building on the south side. The construction in medium-sized cut blocks and large sandstone slabs is installed directly on the bedrock and is preserved over an elevation of about 1.20m. - Around the church, a set of coarser dry-stone walls form a sort of perimeter wall on the north, west and south sides, which closes in on the east before the apse (EA 6, 10 to 13). This 'ambulatory' is accessible to the south and north-east. - to the east, a space accessible from the south is delimited by a dry stone wall (EA 7, 8) which encloses the apse.